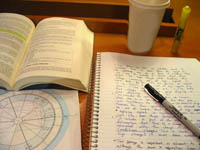 It has been a while since I’ve posted any updates here, so I thought that a quick recap of the past year and a half would be in order.

After that there is some information about my current projects, as well as plans for the future trips, workshops, and other things.

That is pretty much it for now. I usually post updates more regularly on my Twitter account, so it is a good idea to subscribe to that if you want to keep up on the latest stuff that I’m working on. Also, of course, the Horoscopic Astrology Blog, where I post articles sporadically.